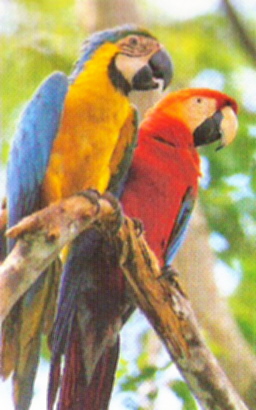 Thanks to its privileged geographic location and its topography, Colombia stands out with its bio diversity. Although it hardly occupies 0,77% of surface of the Earth not covered by water, the country comprises about 10% of flora and fauna that exist in the whole planet.

It owns more than a half of World's moors (paramos); around 130.000 plants of which approximately tha half are endemic; and a collection of flowers that exceeds 50.000 species. It takes up the first place in diversity of birds with more than 1.700 species, that is 18% of 9.000 existing.

With the goal to preserve this immense richness there are selected more than 9 million hectars, around 9% of national territory, that forms National Park system created to develop and protect the habitat of thousands of vegetable species and animals.

Amazon Basin that Colombia shares with Peru and Brasil moves 57% freshwater of the World and constitutes fundamental factor of climatic stability of the planet.